Other Books by Terry Cassidy 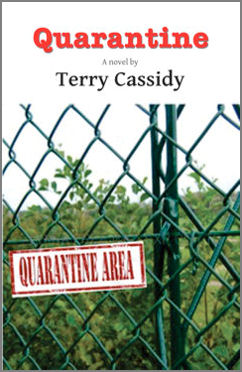 Set in 1994, young Wat Moore is caught up in a devastating situation while visiting his father's laboratory in Ottawa. When it's believed that he has been exposed to a deadly and highly contagious pathogen, the government sends him into a quarantine that could last the rest of his life.

A fast-paced story set in Ottawa, northern Ontario and north-western Quebec, Terry has given us another well-researched thriller.

After service in the Canadian Army, Terry Cassidy taught secondary school in Ontario for thirty years before retiring and moving to western Canada. He has also written several other novels, with more awaiting their turn to shine.